Clean the dirt in your car easily 2:08

How to fix your dented car. Do it yourself 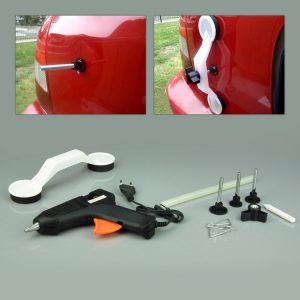 Home Automotive How to fix your dented car. Do it yourself
Published on August 21, 2016

The MOTOR UP Pops-A-Dent Repair Kit is the easiest and most cost effective way to repair those ugly dings and dents from your vehicle. This do-it-yourself repair kit is the one that professional auto body shops use. The MOTOR UP Pops-A-Dent Repair Kit was developed and is used by professional auto-body repair experts. Now you can have this same dent removal tool right at home. The cost savings are incredible! Unlike similar products Pops A Dent has a patent-pending arched bridge design which eliminates the chance for any additional damage to your car. Other systems without this feature have been known to actually add additional dents to the surface.

The bridge tool features a flex-n-pull design that allows the tool to flex providing maximum pulling power. Easily remove dents caused by hail, car doors, shopping carts and more without damaging the surface of your car. The patent-pending adhesive design guarantees dent removal without the need for solvents or the messy residue left behind by many other dent removal products